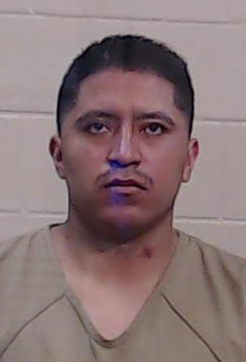 A 23-year-old man was arrested after he reportedly inappropriately touched an underage coworker.

Armando Villegas was charged with indecency with a child (sexual contact), a second-degree felony. Jail records show that Villegas is being held by ICE.

The inappropriate touching was reported to the Odessa Police Department on June 10, an OPD probable cause affidavit stated. The girl, whose age and pseudonym were both redacted by the City of Odessa, contacted OPD to report while she was at her place of employment that her coworker touched her inappropriately.

The girl reportedly told OPD that she walked over to the cooler and Villegas followed her. Once they were both inside the cooler, Villegas put his left arm around the girl and placed his left hand on her left breast, and then attempted to kiss her. The girl stated she pulled away and walked out of the freezer.

OPD contacted Villegas on June 15 and he agreed to come to OPD and speak with officers, the affidavit stated. Villegas stated he was under the impression that the girl was 20 years of age. Villegas admitted to grabbing the girl’s breast over the clothing for a couple of seconds.

The Odessa American requested Villegas’ probable cause affidavit at 2:17 p.m. June 21 and the City of Odessa released the information at 11:52 a.m. June 29.