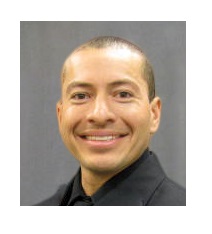 Jeremy Lee Barrera, a 36-year-old former firefighter with the Odessa Fire Department, admitted in federal court on Friday to possessing child pornography and using his cell phone on the OFD network to access an online chat room where several videos were posted which depicted child pornography, a Department of Justice Western District of Texas press release stated.

According to court documents, HSI agents conducted an online child sex exploitation investigation identified two local IP addresses used by an account registered to a “Ray Jones” to enter an encrypted online group chat whose members were viewing child pornography, the press release stated. One IP address was registered to OFD Station No. 2; the other was registered to Barrera’s residence. Based on that information, agents executed a search warrant at Barrera’s residence on January 25.

During that search, agents reportedly seized Barrera’s cell phone. A subsequent forensics examination of the cell phone revealed the presence of multiple videos and images depicting minors engaged in sexually explicit activity. The forensics examination of the cell phone also discovered approval remarks by the defendant about child pornography posted in the chat room as well as requests for additional links to child pornography which he communicated in multiple chats using the moniker “Ray Jones”.

Barrera is currently in federal custody, the press release stated. Barrera faces up to 20 years in federal prison. A sentencing date has yet to be scheduled.

HSI, together with the Odessa Police Department, investigated this case. Assistant U.S. Attorney Shane Chriesman is prosecuting this case.

Odessan sentenced to 38 years for murder

Fletcher gets prison, will pay restitution