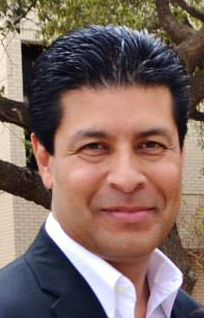 The Odessa City Council appointed Michael Marrero as interim city manager on Tuesday, elevating the deputy of former city manager Richard Morton to his spot a week after firing the top administrator.

The vote, during a specially called meeting, was unanimous. The City Council also approved spending $233,220.65 to settle an employment agreement with Morton that includes a year’s salary, retirement and longevity pay. Morton will also receive health benefits.

The City Council did not discuss Morton’s removal on Tuesday or the furor it created, including an outcry at the Sept. 12 meeting where it happened and public calls for the removal of the three officials who voted to sack Morton: District 1 Councilman Malcolm Hamilton, District 3 Councilwoman Barbara Graff and District 5 Councilman Filiberto Gonzales.

As top deputy, Marrero managed departments of the city that deal directly with the public apart from fire and police services. Those include parks, public works, code enforcement and planning and zoning. The role already enabled Marrero to sign city checks and contracts.

But it’s the top post that oversees it all, handles policy decisions and works closest with the City Council. Another assistant city manager, Konrad Hildebrandt, focuses on internal city functions like finance and risk management.

Marrero has worked for the city for two decades, spending more than six years in the city manager’s office. He said he has already met with department heads and begun work on major efforts that Morton spearheaded such as downtown redevelopment and shoring up a better water supply.

“Everybody is eager to start moving forward,” Marrero said. “Everybody continues to do their job, everybody understands their role in the organization and everybody is here to serve the citizens of Odessa.”

Morton served as city manager for more than 15 years — more than twice as long as the industry standard (The average tenure for city managers nationally is about seven years, according to a 2012 survey by the International City/County Management Association).

Marrero said he may tap another city official to share some management duties before a permanent city manager is appointed.

Marrero said he had already met with Sondra and Toby Eoff, the private investors in the roughly $80 million downtown hotel and conference center backed by the city, to assure them of the city’s commitment to downtown development.

The Eoffs had opposed Morton’s ouster, describing him as playing a critical role in the efforts downtown.

“Luckily I’ve been involved in most every aspect of downtown, so I’m really familiar with what’s happening there,” Marrero said.

Marrero said he also met with representatives of Republic Water Company of Texas, which seeks to sell Odessa a new water supply after securing a permit to export water from the Fort Stockton area this summer.

Another decision Marrero will face is the appointment of a new fire chief, after Chief Roger Boyd retired in July. Marrero said he wants to wait at least until the beginning of the fiscal year on Oct. 1 before filling the post.

The interim manager said he wants to make sure major infrastructure projects underway such as road improvements continue as planned.

Mayor David Turner has said he preferred to wait six months or so to appoint a permanent replacement for Morton, allowing time “to let things calm down.”

Marrero said his ambition is to become a city manager and that the interim job is a sort of audition.

“This is the sort of work I’ve geared my career to,” Marrero said. “Ultimately I would like to be a city manager somewhere.”

The native Odessan said “obviously this is home for me” but stopped short of declaring his intent to apply.

“At some point…they’ll make a decision on what they want to do on a permanent basis,” Marrero said. “And I’ll make that determination at that time.”