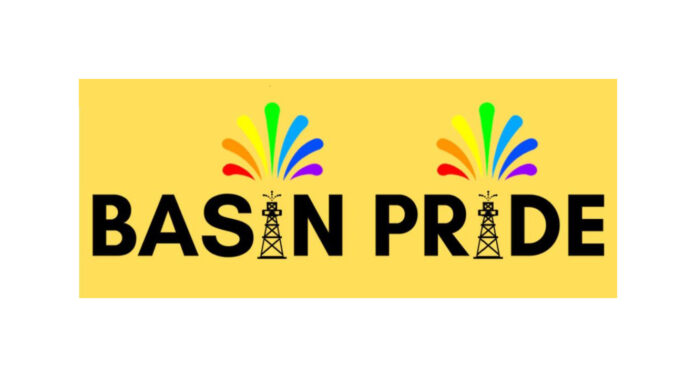 The annual Odessa/Midland Basin Pride event — which will be held over three days this year — will kick off Friday with a local artist exhibit and an ambitious drag show performance based on the popular, 1865 English children’s tale Alice in Wonderland.

A variety of family-friendly activities, including games and arts and crafts for youths, a lip-sync singing contest, live music performances, and an inter-faith worship service are scheduled for Saturday and Sunday, said Bryan Wilson Executive Director of Odessa-based Pride Center of West Texas.

Basin Pride was organized by the Basin Pride Committee, which is a subgroup of the Pride Center.

“We wanted to offer more family-friendly activities,” said Wilson, explaining why organizers decided to expand Basin Pride from one to three days. “We have something for all ages this year.”

The art exhibit, which will feature canvas, digital and photography artwork, will be held from 5 p.m. to 7 p.m., Friday at downtown Odessa’s Marriott Hotel & Convention Center. Artwork will be available to purchase and participating artists have pledged to donate a portion of sales to the Pride Center, Wilson said. The exhibit is free and open to the public.

A drag performance of “Alice in Prideland,” plus music and dancing will follow from 9 p.m. to 2 a.m. at the Midland Beer Garden. Tickets for the event can be purchased on the Internet at www.basinpride.com in advance or at the door, Wilson said. Only those 21 years or older will be admitted to this adult-oriented event.

The first Basin Pride held in 2019, was a one-day event that attracted about 1,000 people, organizers said. The festival was canceled in 2020 due to COVID-19 restrictions. Increased interest for this year’s event prompted organizers to establish an agreement officially making the Marriott the event’s “official” host hotel.

Wilson and other organizers say Basin Pride is an opportunity for the LGBTQN-plus community to interact and celebrate who they are along with their friends, family and community supporters.

“We want Basin Pride to be seen as a safe place (for LGBTQN people) to exist and feel like they are part of the community,” Wilson said.

A wide-variety of family-friendly activities will be featured when Basin Pride resumes from 1 p.m. to 10 p.m., Saturday at Odessa’s Noel Heritage Plaza, Wilson said. There is no admission fee and the event is open to the public.

Ongoing games and arts and craft-making opportunities for youths of all ages will be offered on Saturday, along with live music performances, music by local icon, DJ Trixie, with the beloved Sister Amor, Saint of Perpetual Indulgence serving as the Mistress of Ceremonies. More than 35 food and merchandise vendors will also be participating. Alcohol will not be sold or allowed on the premises.

Odessa Arts will host a “recovery” brunch from 10:30 a.m. to 1:30 p.m. at Barrel & Derrick Restaurant located inside the Marriott.