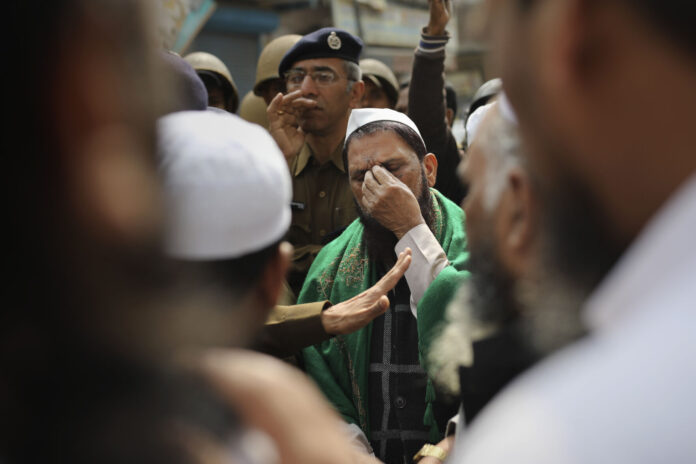 FILE – In this Friday, Feb. 28, 2020, file photo, a man gestures as a senior Delhi police officer speaks to a group of Muslims ahead of Friday prayers near a heavily-policed fire-bombed mosque in New Delhi, India. Many of the Muslim victims of last year’s bloody violence say they have run repeatedly into a refusal by police to investigate complaints against Hindu rioters. Some hope the courts will still come to their help. But others now believe the justice system under Prime Minister Narendra Modi’s Hindu-nationalist government has become stacked against them.