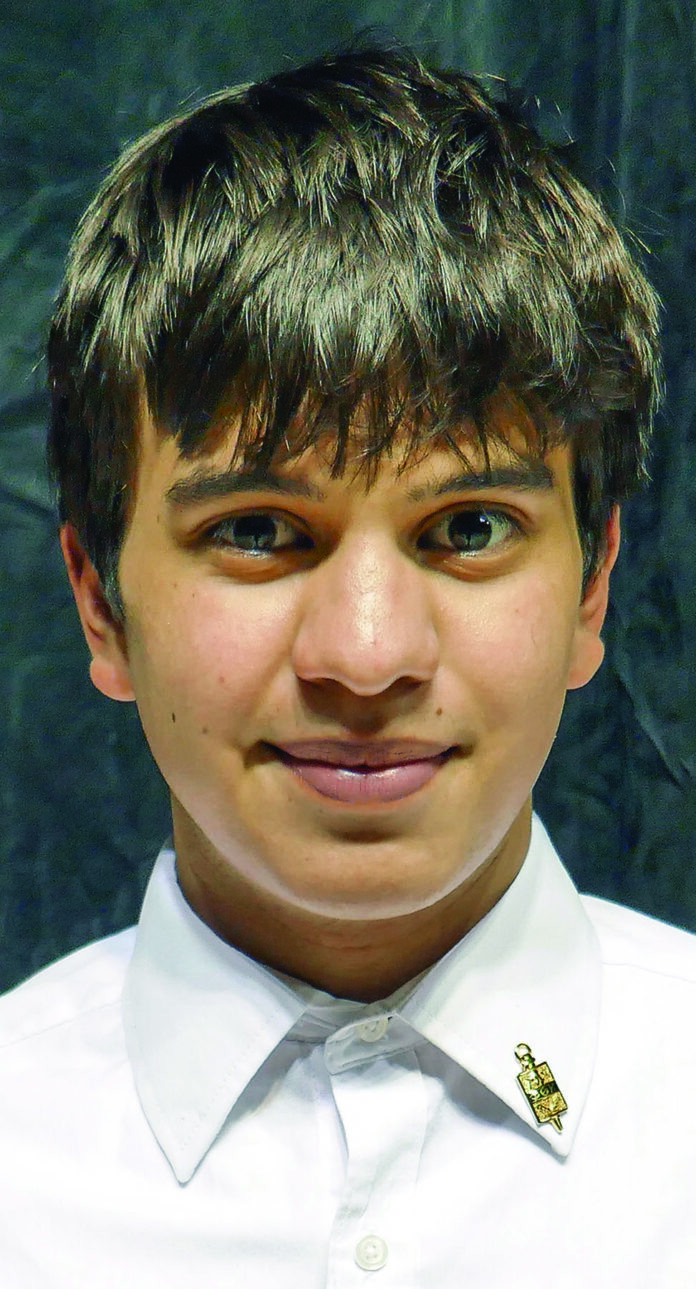 “It was a great experience,” Goillandeau said. “I’ve always been intrigued by politics; in fact, I guess you might say that I have a passion about government. Texas Government was one of my favorite college courses, so far.”

Goillandeau is in the 11th grade at Early College High School at Midland College (ECHS@MC). As such, he is participating in an accelerated high school curriculum and also taking college courses. When he graduates from high school in May of 2022, he also plans to graduate from MC with an associate degree.

“I applied to ECHS@MC when I was in the 8th grade at Goddard Junior High,” Goillandeau explained. “That year I was denied acceptance, but I was determined to get into the program; I loved the idea of being academically challenged. After hearing about ECHS@MC and how I could get both a high school diploma and college degree at the same time, I knew that was the program for me. So the next year while I was a 9th-grader at Midland Freshman School, I applied again as a transfer student. Thankfully, I was accepted as a sophomore.”

Goillandeau said that he has not regretted his decision for a minute.

“I love the fast-paced environment!” he exclaimed. “It’s also given me an opportunity to make friends outside of just my age group. Through my college courses, I’ve participated in learning teams and discussion groups with traditional-aged college students, as well as adults. After I got past the intimidation of being the youngest in the group, I found that we all work well together. Because of where we are in life, we have different outlooks, but that just makes our discussions more interesting.”

“The professors are great,” he said. “They don’t just teach the material—they really get involved in their teaching and help relate the subject matter to students’ own interests. I’m not sure if it’s this way at every college, but I am really liking the college experience at MC!”

Two of Goillandeau’s favorite college professors are Make Makowsky, who taught him Geography, and Rabon Bewley, his current music teacher.

Goillandeau isn’t sure about his plans for a college major. He said that he likes science, especially microbiology and studying about infectious diseases.

“I may go into public health, but I also like politics and debating,” he explained. “I read the Washington Post regularly and Wall Street Journal occasionally. Right now, I’m taking as many classes as I can in both science and government to determine the direction I want to take after completing my associate degree next May.

“I’m very interested in transferring to a college in the Washington, D.C. area. I visited DC three or four years ago with my mom and really enjoyed it. Two of the schools that I like are University of Maryland and George Washington University.”

Goillandeau is an only child. His father, Sebastian Goillandeau, was in the U.S. Army, and Caleb was born on a military base in Italy. When he was two years old, his father was transferred to Fort Hood in Killeen, TX. His parents later divorced, and Caleb moved to Midland with his mother April Franco. He attended Midland Independent School District elementary schools—Anson Jones Elementary and Washington STEM Academy.
One of Goillandeau’s favorite pastimes is playing the violin, something he’s been doing since he was in the 6th grade. In fact, as a member of the Midland College Jazz Band, Goillandeau plays the violin—a rather unusual instrument for a jazz band. Evidently, the addition of a violin to MC’s jazz band is working quite well.

“I met Caleb a couple of semesters ago,” Rabon Bewley, MC department chair of Music, recalled. “He was looking for an opportunity to play, and it dawned on me that I had a really nice ballad in the folder for Jazz Band. It made perfect sense that a string part would be a great addition to the ballad, so I wrote a part, and the rest, as they say, is history! Caleb really took to the style, and it encouraged me to find other charts in which strings could play a role. For instance, this year, we’re doing “Mr. Blue Sky”—an ELO [Electric Light Orchestra] tune from the ‘70s.”

Goillandeau said he also loves to run. He currently runs a mile in 8 minutes.

As an ECHS@MC student, Goillandeau said that the advice he would give other students in the program is “Don’t fall behind. Keep on track, and enjoy it. I certainly am.”